Dhaka, November 26: Civil Society, socio-cultural groups, student bodies, anti-terror forums and citizens from all walks of life came together in Bangladesh to observe the thirteenth anniversary of 26/11 Mumbai terror attacks on Friday.

They condemned the barbarity of the attack by terror groups based in Pakistan, while expressing solidarity with the innocent victims killed during the episode. They also called on the international community to put pressure on Pakistan to take action against the perpetrators and mastermind who are being sheltered and financed by Islamabad.

It was  on November 26, 2008, a group of ten Pakistani nationals trained by proscribed terror outfit Lashkar-e-Taiba (LeT), carried out a daring and gruesome attack on 166 innocent people which included foreign nationals from USA, Canada, Jordan, Malaysia, Mauritius and other nationalities. 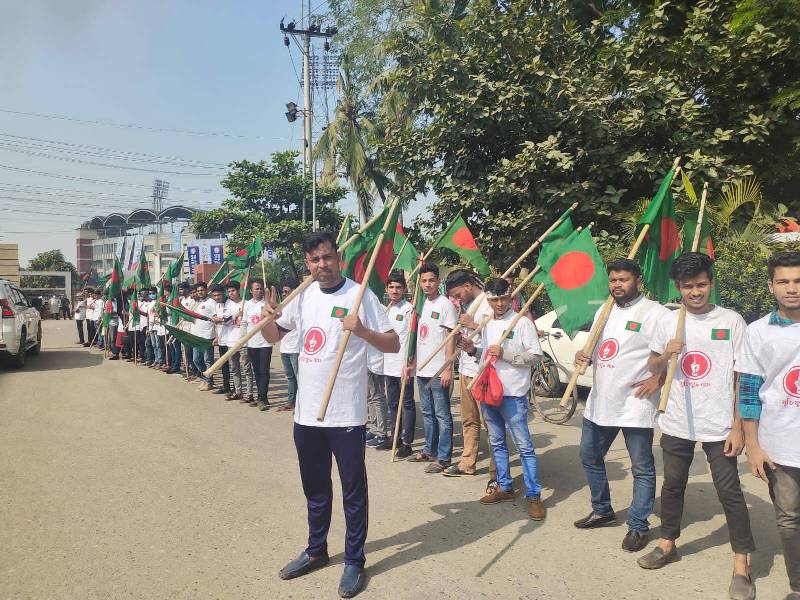 Investigations revealed that LeT with the assistance of Pakistan Deep State had planned, executed and financed the Mumbai carnage. The masterminds behind the attack- mainly LeT Ameer Hafiz Saeed and his accomplice Zakiur Rahman Lakhvi- had planned and trained the militant cadres. Even after thirteen years, the perpetrators of this heinous crime have remained unpunished in spite of repeated sanctions by United Nations Security Council and Paris based watchdog agency Financial Action Task Force (FATF).

To mark the occasion, a number of programmes were organized in major districts and towns, which included discussion seminars, street plays, protest demonstrations, candle-light vigil march, movie screening and a host of other activities.

The highlight of the day was a photo-exhibition organized by Ekattorer Ghatak Dalal Nirmul Committee at the renowned Shilpkala Academy in Dhaka, which was inaugurated by Home Minister Asaduzzaman Khan Kamal in the presence of High Commissioner of India to Bangladesh, Vikram Kumar Doraiswami, and other distinguished guests. 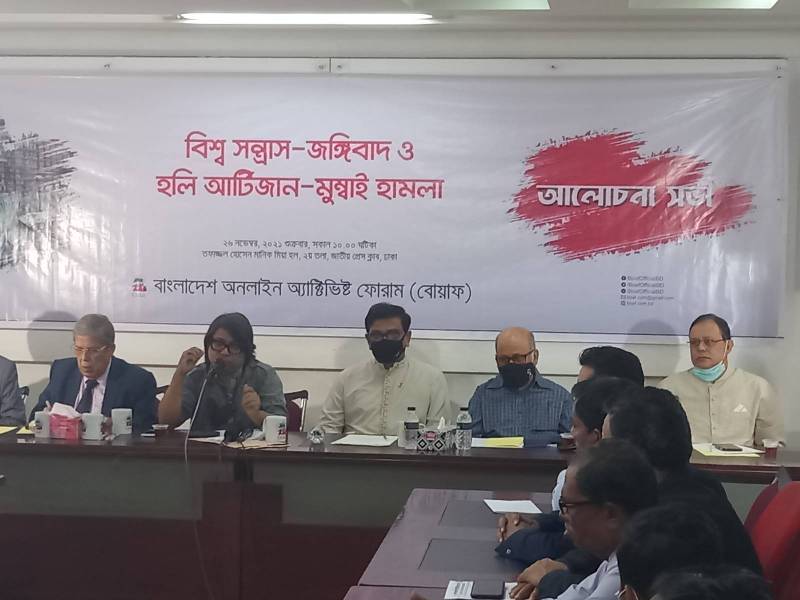 The exhibition highlighted the horrors inflicted by Pakistan sponsored terror groups through seventy framed photos. The violent face of Pakistan, which is promoting terrorism to destabilize the entire region, was on display in the exhibition. Apart from the photos of Mumbai attack, terror incidents of August 15,1975; August 21, 2004 grenade attack and Holey Artisan attack in 2016 were also showcased in the exhibition.

In Dhaka, renowned theatre artists gave a somber tribute to the martyrs as well as victims of Mumbai attack by enacting the drama depicting the incident through a moving performance. It was watched by the huge crowd at a popular mall in the evening hours. 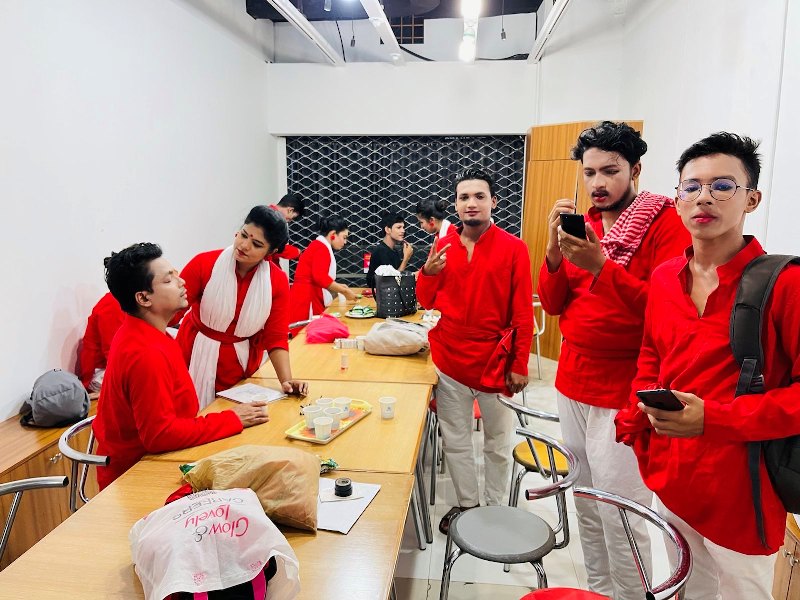 Muktijoddah Mancha, a platform of descendants of freedom fighters protested in front of the Pakistan High Commission with banners and placards, condemning the role of Pakistan government in sheltering masterminds of the attacks and called for global efforts in bringing the perpetrators to justice.

Bangladesh Online Activist Forum (BOAF) organized a discussion meeting and seminar titled ‘International Terrorism and Mumbai Attacks’ at the National Press Club in Dhaka, which was attended by a host of eminent panelists. 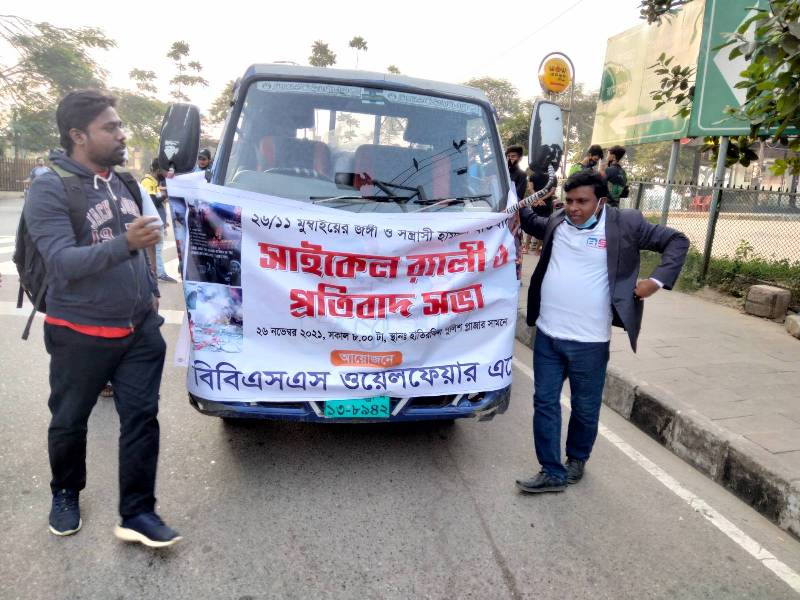 Around two hundred volunteers with torch light and candles gathered at the Shaheed Minar to pay tributes to the martyrs. Later, a documentary movie was screened at Shahbagh on this occasion, which drew people in large numbers.

Hundreds of volunteers from different organizations working against terrorism in the districts of Rajshahi, Chittagong, Sylhet, Khulna, Satkhira, Jashore and Cumilla organized protest demonstration, human-chain programme and bike rallies to mark the occasion. 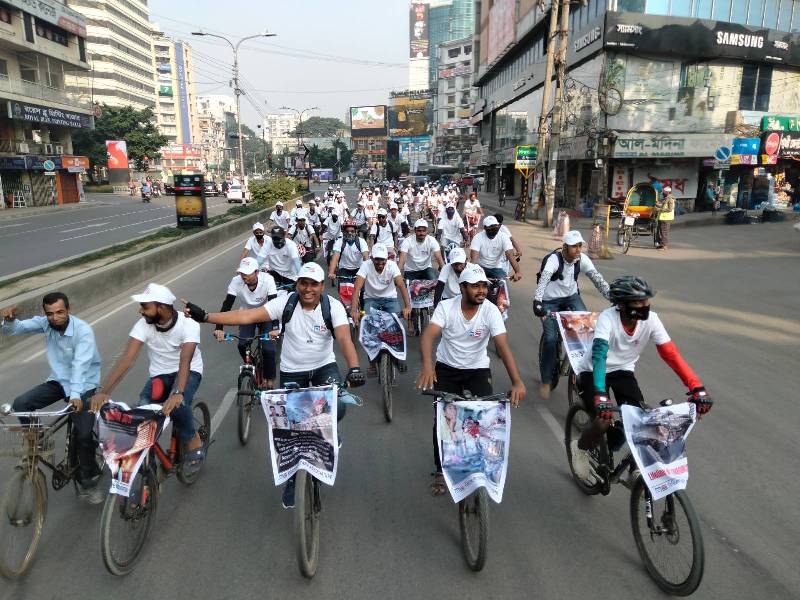 Bangladesh is no stranger to the acts of terrorism as it has witnessed major terror activities in the form of August 2004 Grenade attack and the more recent Holey Artisan Bakery attack in July 2016.  As India’s immediate neighbour, with a land boundary of more than 4,000 km, it is in the interest of both countries to fight the common enemy of terrorism, which is the scourge of mankind. The directive of the government to read anti militancy fatwa before the Friday prayers indicates the resolve of the government to root out tensions.

EC formation law to be passed in the current session Tue, Jan 18 2022

If Covid surge continues, there will be no space in hospitals after one or one-and-half months Tue, Jan 18 2022