Dhaka, October 1: Half-a-century after it suffered, Bangladesh urges that the world recognize the genocide of unarmed civilians by the Pakistan Army, March 25, the day it began, be observed as International Genocide Day.

Demonstrations mark its campaign at the United Nations Headquarters in New York that currently has the UN General Assembly in session. Hundreds of survivors and their descendants, particularly those from the Hindu, Christian, and Buddhist minorities, carry placards and raise slogans that remind of the grisly events of then East Pakistan.

Bangladesh which gained its freedom in 1971 estimates that what went by the infamous name of “Operation Searchlight” of Pakistan's military rulers, three million civilians lost their lives and many more their limbs and homes.

Regretting that the world has seen many more genocides since and that the minorities in Pakistan continue to suffer, Bangladesh Foreign Minister Dr AK Abdul Momen also said that the Genocide that took place in his country was “one of the most heinous crimes in human history.”

“The Genocide of Bangladesh committed in 1971 by the Pakistani military is one of the most heinous crimes in human history … we do not know of another instance of such barbarism of such intensity and mayhem,” he said.

The foreign minister made the remark through a video message at International Seminar titled, “Remember and Recognize: The Case of Bangladesh Genocide of 1971”, which was held at the Human Rights Museum, Winnipeg in Canada, The Daily Star newspaper published from Dhaka reported September 22, 2022. Canada is one of the many countries where this campaign is gaining momentum. 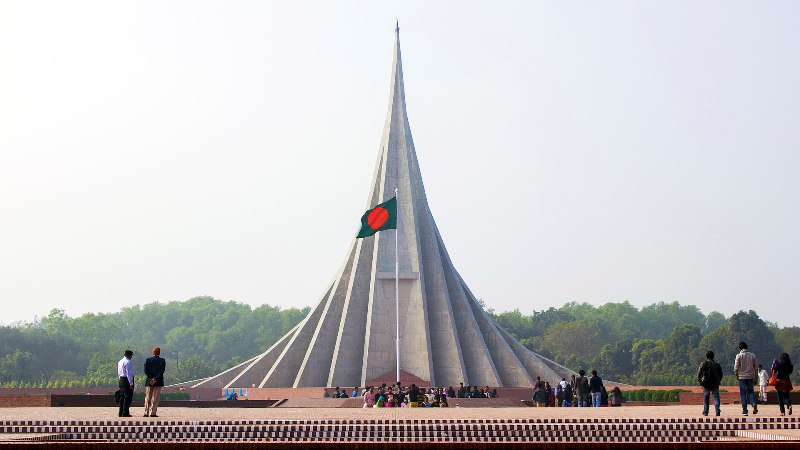 Some members of the victim families of the Liberation War also spoke at the seminar.

Professor Dr Nuzhat Chowdhury described the abduction of her father Dr Alim Chowdhury by collaborators of the Pakistan military, the Razakars, and his subsequent brutal killing just before the independence of Bangladesh in December 1971.

She explained the international politics behind the dilemma of getting Bangladesh Genocide recognised and urged for end to such realpolitik.

Dr Noor described how the Bengali intellectuals were made victim of genocide committed by Pakistani military.

Data suggest that the brutal Pakistan Army and pro Pakistani Islamist militias from the Jamaat-e-Islami killed more than 300,000 people, and raped approximately 200,000 to 300,000 Bengali women, in what used to be the eastern part of Pakistan.

The Government of Bangladesh states that this record makes it the largest genocide after the holocaust during World War II.

Tracing the genesis of the events, the speakers recalled that after India was partitioned, the majority of the Muslim population was present in West Punjab (now Pakistan) and East Bengal (now Bangladesh). The two regions were, however, geographically and culturally distanced from each other.

Economic exploitation was another reason. East Pakistan had huge fields of jute and several ports that were economically important to West Pakistan. However, the region did not receive its fair share when it came to development.

The political divide sharpened when in March 1971, the Awami League of Bangladesh won the election, and Sheikh Mujibur Rahman received overwhelming support from the people. However, the military of General Yahya Khan declared the elections invalid and dismissed the results, following which Rahman started revolting against the atrocities caused by West Pakistan. A violent crackdown in East Pakistan, and soon after, on March 26, the Awami League leader declared the formation of Bangladesh, independent from Pakistan.

General Yahya Khan ordered a full-scale military operation – “Operation Searchlight” – to restore the martial administration’s authority in Bangladesh. This turned into a heinous war scene, where the Pakistan military, along with pro-Islamist groups, started killing lakhs of people.

The images of the genocide are still afresh in every Bangladeshi refugee’s heart, who came to India to protect his family. The massacre inflicted by Pakistan lasted for nine months, and halfway through, 200,000 Bangladeshis were reportedly killed. By the time the month of May arrived, millions of Bangladeshis sought refuge in neighbouring countries, and by November, 10 million people had left the country.

Now an independent, fairly well-developed country, Bangladesh wants that this past should not be forgotten and that it should be a lesson for rulers and the people alike that tragedies it suffered should not occur on hapless people anywhere, minister Momen said.

Finland wants to be development partner of Bangladesh Wed, Nov 30 2022

There will be fair elections under Election Commission: Obaidul Quader Wed, Nov 30 2022

Hydraulic horn to be banned in Dhaka within two months Wed, Nov 30 2022