Highly commendable national response is being headed by Prime Minister Sheikh Hasina in close conjunction with relevant public health agencies like the Ministry of Health and Family Welfare, Directorate General Health Services (DGHS) and the IEDCR.

Bangladesh is also working closely with the various international organizations in Bangladesh, including the World Health Organisation (WHO). Committees have been formed at city-corporation, municipality, district, upazila and union levels for coronavirus prevention. 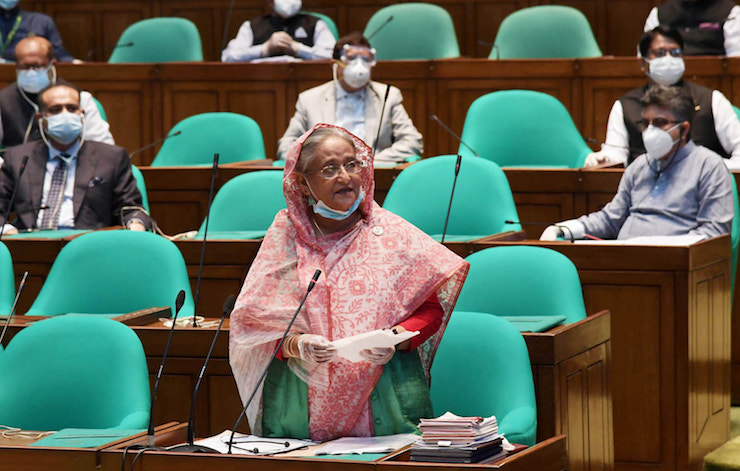 Social and Physical Distancing: These are being enforced through a general holiday for the entire country till 14th May. All govt and private offices remain closed. Banking is limited to two hours per day only in limited branches. Army has been deployed to help the civil administration. All shopping malls, restaurants, shops have been closed. Only groceries, pharmacies etc are open. Grocers can remain open till 2 pm, super-shops need to close by 7 pm. Only pharmacies can remain open for hours as before.

Sheikh Hasina-led administration is well-equipped to tackle with the situation arising out of the outbreak of carona virus pandemic.

All places of worship, including mosques, have been closed for public congregations by government order. People have been asked to pray from their homes. All educational institutions have been closed, residential halls vacated, and examinations postponed. All public gatherings have been stopped. Earlier, the Prime Minister had directed that all celebration of Mujib Year will remain suspended in the current situation.

Lockdowns and quarantines: Areas with most cases of infected persons have been subjected to complete lockdown. So far 3 divisions, 49 districts and 395 Upazilas have been completely locked down. People being quarantined at home are under strict monitoring of the local law enforcers and administrative officials.

Transportation:  All domestic flights within Bangladesh are currently closed; all international flights closed too. All public transport, inter-city buses, commuter trains, inter-district trains, water launches and ferries are closed. Only goods carrying transportation are in operation. Before the shutdown of transports, more than 668,000 persons were health screened at the land, sea and airports.

Works are also ongoing to install 100 new Intensive Care Units (ICUs) in the government hospitals across Bangladesh and the equipment for installing further 300 ICUs are in the import stage. 290 organisations have been prepared for institutional quarantine across the country.

There are a total of Tele and Digital health: 7,693 isolation beds in selected medical institutions in 8 divisions.: The Government is operating several major telephone hotlines to offer health advice to people. 4,206 volunteer doctors are connected in this service to provide free health advice to citizens. Till date, more than 11.4 million persons have received health advice and Covid-19 primary screening over these hotlines since 8 March 2020. The government is also using digital technology to help. The government has also started using big data and artificial intelligence through mobile phone data to identify hot zones for giving special attention.

COVID-19 testing facilities are now available in 61 laboratories around the country. Outside Dhaka, 30 testing laboratories are currently operational in all major cities. Until 17th June, 554,244 samples have been tested in these labs.

3,625 doctors and 1,314 nurses have been trained specifically on handling Covid-19 patients. Training has also been given to medical technologists of all district and sub-district government hospitals on conducting tests of COVID-19. Employees of 500 institutions have been imparted training online on COVID-19 surveillance system at DHIS2.

Personal Protection Equipments: (PPEs) are being provided to healthcare workers of various levels across the country. 10-15 sets of PPEs each have already been provided to all Upazila Health Complexes. In total, 2,509,142 PPEs of various levels have been acquired. 2,317,705 PPEs have distributed to healthcare professionals across the country, while a further 167,437 remain in stock currently. 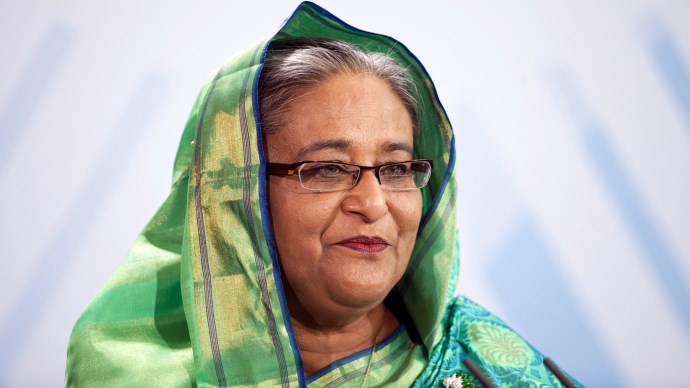 Earlier, the Prime Minister had announced an urgent hardship fund worth TK 5000 Crore (approximately US$ 592.2 million) for paying the salaries and other benefits of workers from export-oriented industries. Altogether, the value of the stimulus package announced by the Prime Minister stands at 72,750 Crore Taka (approximately US$ 8.573 billion), which is 2.52% of the GDP.

On 12th April, Prime Minister also announced a stimulus package worth Tk. 5000 crore (approximately US$ 592.2 million) from which the farmers can take a loan with a 5% interest rate. Farmers will be provided with fertilisers, machinery, fuel and electricity at subsidised prices under one of the packages involving Tk 9,500 crore. Prime Minister has declared allocation of Tk 200 crore for harvesting and mechanization of agriculture and Tk. 150 crores for seeds and seedlings distribution among affected farmers so that farmers can continue agriculture production.

The government will also give Tk 4000 crore (US$ 471 million approx.) as cash support to each of the 50 lakh urban families hit hard by the nationwide shutdown. Each family will get Tk 8000.

On 14th May, Sheikh Hasina announced an allocation of Tk 2500 Crore (US$ 293.8 million) to Karmasangsthan Bank and Probashi Kalyan Bank to help the youths and expatriate Bangladeshis who became jobless amid the coronavirus pandemic.

Sheikh Hasina also announced a package worth TK 1840 Crore to subsidize the interest of outstanding loans during April and May 2020. 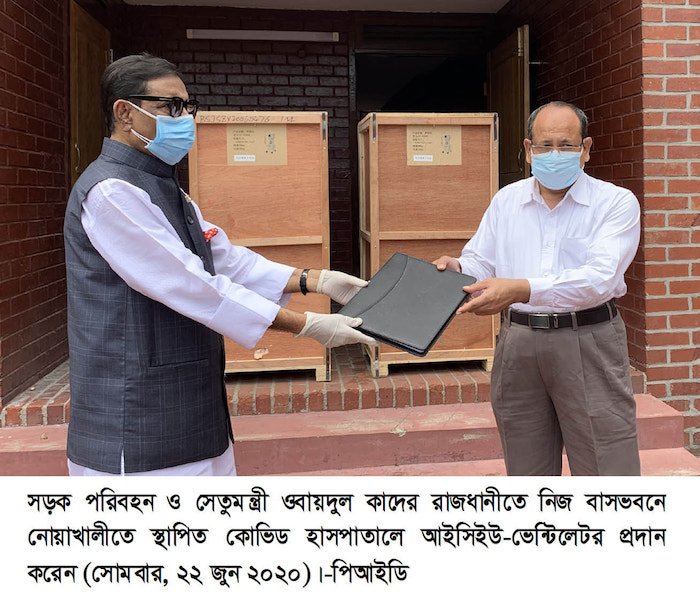 Additionally, the government is operating the ‘Rice for TK 10 per KG’ programme in the cities, divisions and district levels. For instance, in Dhaka alone, this scheme would benefit 39,180 families living in 73 slums in the city. Accommodation and livelihood have been arranged for 100,000 low-income persons at the custom-built Bhashan Char Project. The government is operating a telephone helpline for people needing urgent food support.

Government has also launched a cash support program for 5 million destitute families. A total of Tk 1250 Crore (US$ 147.2 million) will be disbursed for these families.

The Prime Minister, to express her gratitude to the frontline workers, like healthcare professionals, law enforcers, army and directly engaged employees of the republic announced on 7th April the following measures: a) Rewarding the doctors, nurses and health professionals directly engaged with a special honorarium.

A list of recipients is being prepared in this regard; b) Making all arrangements for treatment from the government if anyone gets infected as a result of frontline duties; c) Insurance for all health professionals, law enforcers, members of the armed forces and employees of the republic engaged directly in fighting Covid-19; Depending on rank, the insurance amount will be between 5 to 10 Lakhs Tk.

In case of death or risk of death, the amount will be raised fivefold. Prime Minister has also announced special packages for Bank officials who are working in branch offices around the country to ensure that people have access to their savings and can support themselves during these desperate times. Every bank officials who have to go to the office during shut down will get a full salary if they work for ten days. They will also receive a percentage of their basic salary in addition to the regular salary.

Bangladesh is working closely with other countries to face this global crisis. The country is donating 1.5 million Dollar to the SAARC Fund to fight corona virus pandemic in the South Asian region.