Universal health coverage (UHC) is a global health priority and one of the major targets of the Sustainable Development Goals (SDGs).

In a recent article in the Dawn, Professor Zafar Mirza of Shifa Tameer-i-Millat University, Islamabad and WHO adviser on Universal health coverage made some shocking revelations regarding the status of healthcare in Pakistan.

For instance on neonatal mortality rate (NMR), Pakistan ranks second highest in the world, i.e. out of every 1,000 live births, 40 newborns die within 28 days of life. Lesotho, only country with an NMR of 44 is ahead of Pakistan. Compare this statistic with Bangladesh erstwhile East Pakistan, where under-5 years child mortality rate has declined gradually over the last 2 decades. Currently, it stands at 30 deaths per 1,000 live births, and it may be noted that these deaths accounted for 67% of all under-5 years child deaths.

The population of Pakistan is growing at an alarming rate - from around 36 million in 1947, it has now increased to around 220 million. On the other hand the population in Bangladesh stands far lower at 168.00 million at the end of 2022. In fact, projections are that Bangladesh's population growth will drop to 0.37% in 2045 from the current 1.11% whereas Pakistan’s population will reach approximately 350 million by the year 2050.

In Pakistan almost 42% of women aged 15-49 years, i.e. women of reproductive age, had moderate iron deficiency i.e. anaemia which is a major reason for underweight children born to these mothers and also a risk factor for maternal mortality due to post-partum haemorrhage.

Compare this with Bangladesh, where there is in place since 2007, a government-led Maternal Health Voucher scheme, targeting poor women with the aim to improve access to and the utilisation of maternal health services by reducing the financial barriers through the provision of incentives.

The scheme provides eligible women a voucher that entitles them to a package of three antenatal check-ups, safe delivery care in a health facility or at home with a skilled birth attendant. 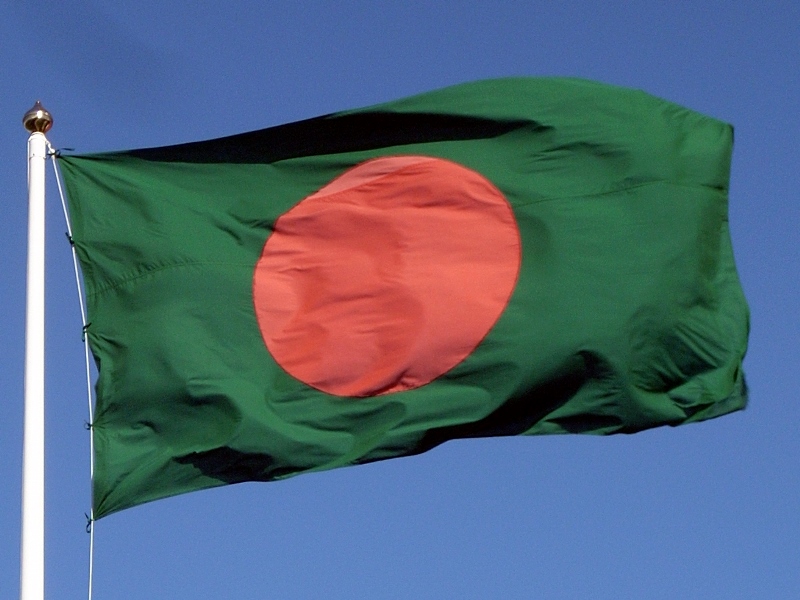 The reduction in maternal mortality is attributed to multiple factors, including improved access and utilisation of health facilities, improvements in female education and per capita income.

In Bangladesh, children aged 6-59 months receive vitamin A capsules once every six months during National Immunization Days (NIDs) and vitamin A campaigns twice a year.

In 2011, just over half of all children in Bangladesh were anaemic. A number of interventions have been put in place to address this, including the distribution of iron supplements and deworming tablets every six months to children aged 1-5. As part of a routine government programme to address anaemia in women, supplementation with iron-folic acid tablets and deworming medication is recommended during antenatal care (ANC) visits.

Pakistan is one of the two remaining countries in the world where Poliomyelitis (polio) is prevalent despite billions of dollars that have been spent on eradication efforts.  Bangladesh was declared a polio free country by the Regional Certification Committee of WHO almost a decade back in 2014.

On other health care counts, Bangladesh is way ahead. As Prof Mirza points out, with an estimated 10 million people living with hepatitis C, Pakistan is now home to the world’s largest population of patients infected by the virus, surpassing even China, despite the fact that medicines to treat it are available cheaply with a cure rate of 97-98%.

In Bangladesh, only 7% of the population is affected by the serious Hepatitis C virus and it was found to be encountered sporadically in the country. [Source: Worldwide prevalence of hepatitis B virus and hepatitis C virus among patients with cirrhosis at country, region, and global levels: a systematic review (thelancet.com)]

The drug costs $1,000 per tablet in the developed market, making it one of the most expensive medicines in the world. But a tablet will cost Tk 600 in Bangladesh, and the total cost of the therapy would be Tk 50,400 for a 12-week course compared to the whooping Tk 67 lakh in developed countries.

In 2019, Bangladesh, Bhutan, Nepal and Thailand have become the first countries in WHO’s South-East Asia Region to achieve Hepatitis B control, with prevalence of the deadly disease dropping to less than one per cent among five-year-old children.

Bangladesh has made significant progress in the coverage of child vaccinations. Projections suggest that national and quintile-specific coverage of child vaccinations increased rapidly over the past decades, especially after the nationwide implementation of the Expanded Programme on Immunization. If trends continue, Bangladesh will achieve UHC immunisation targets by 2030.

Remarkable progress over the last decade has put Bangladesh on track for MDG-4 for child survival and achieved a 40% decline in maternal mortality.

Bangladesh’s health financing strategy (2012-2032) sets out the Government’s ambition to expand social protection for health and move towards UHC through the implementation of a Social Health Protection Scheme, its monitoring and evaluation and a results-based Financing program. The political commitment to improve maternal and child health has been a priority for the Awami League-led government in Bangladesh.