Dhaka, March 26: A red carpet was rolled out as Indian Prime Minister Narendra Modi arrived in Dhaka on Friday morning.

The Indian head of state was welcomed by Prime Minister Sheikh Hasina at the Hazrat Shahjalal International Airport (HISA) after he reached at around 10:30 am.

The Indian Prime Minister has reached Bangladesh for a two-day visit, to take part in the country's golden jubilee of independence and hold bilateral talks with his Bangladeshi counterpart. 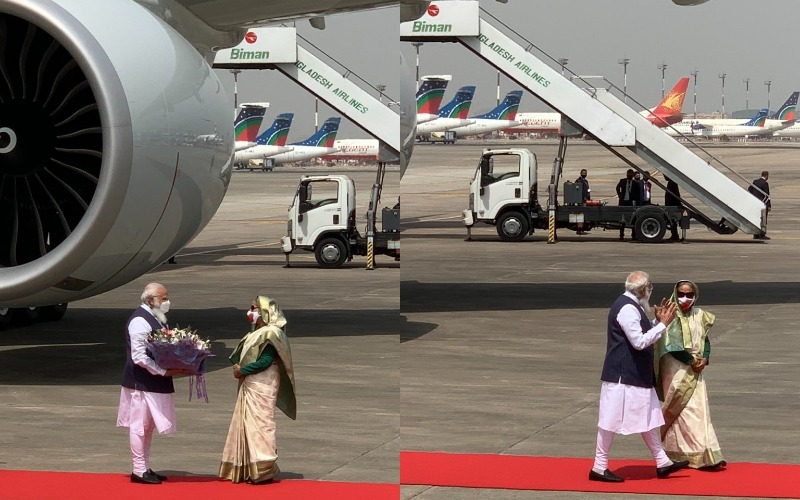 Modi will also be visiting several places during his stay.

Sustainable repatriation of Rohingyas is possible only if democracy is restored in Myanmar: Japan Fri, Nov 25 2022

ASEAN threatens to 'boycott' Myanmar if it fails to restore peace Sat, Nov 12 2022