Dhaka, October 8: Nazmur Hasan Papon will serve as the President of Bangladesh Cricket Board for another four years. Of the 23 elected and two nominated by the National Sports Council - a total of 25 who have become board directors this time, Papon's acceptance is much higher. So it was certain that he would be the head of the board again.

Because of Papon's leadership ability, personality, working with both the young and old, managing the board's activities and, above all, liaising with the higher echelons of the state and government, creating a personal image and acceptance is much higher than the rest of the board.

In a private conversation after the announcement of the preliminary results of the election on Wednesday night, some directors also said that Papon will be the head of the board again. All the directors of the board agreed to make Nazmul Hasan Papon president again. 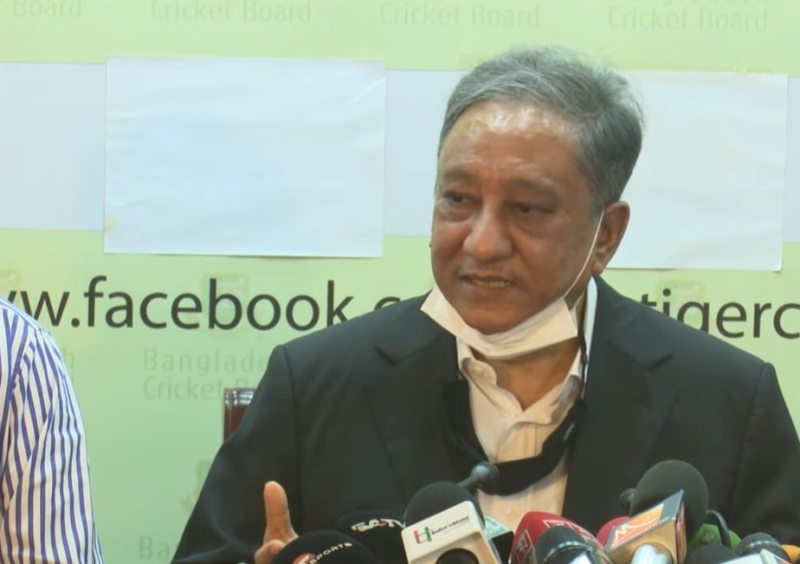 Papon at a press conference after being elected President of the BCB. Photo: Screengrab from YouTube

Several directors have confirmed that AJM Nasir, who was elected unopposed from the Chittagong division, has nominated Nazmul Hasan Papon as the board chairman for the next four years.

It is learned that after becoming the new president, he gave a long speech- addressed to the directors. The new BCB big boss also spoke about the goal plan for the next 4 years.

Asia's largest sports city will be built on the banks of Arial Khan river Wed, Nov 16 2022

Shakib involved in the manipulation of shares of six companies! Wed, Nov 09 2022