China wants to give one lakh Covid vaccines to Bangladesh

On the occasion, the Chinese Ambassador handed over a brass mural of Bangabandhu to the Prime Minister on the occasion of the birth centenary of Father of the Nation Bangabandhu Sheikh Mujibur Rahman and the golden jubilee of the country's independence. 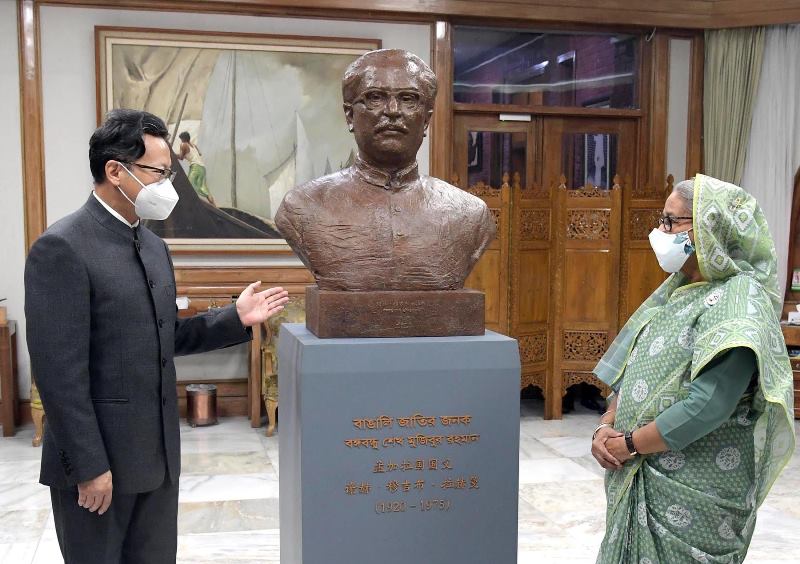 He also conveyed the greetings of Chinese President Xi Jinping to the Prime Minister.

Later, Press Secretary to the Prime Minister Ihsanul Karim briefed the media on the issue.

US may increase troops in Afghanistan for safe withdrawal Sun, Apr 18 2021

The United States will continue to work to resolve the Rohingya crisis: John Kerry Sat, Apr 10 2021

Japan will extend all possible cooperation to Bangladesh on the basis of humanity Fri, Mar 26 2021