Kyiv, February 24: Following Russian President Vladimir Putin's announcement to launch a full-scale invasion of Ukraine, the country's troops have started their anticipated attack on Ukraine, despite international condemnation and sanctions.

According to local sources, loud explosions were heard before dawn in the Ukrainian capital of Kyiv, and other big cities like Kharkiv and Odesa as world leaders decried the start of an invasion that could cause massive casualties as well as humanitarian and refugee crisis, topple Ukraine’s democratically elected government and threaten the post-Cold War balance on the continent.

Earlier the day, in an address on national television, Putin announced military action in Donbas, urging Ukrainian forces to lay down their arms and go home, according to state-run news agencies RIA-Novosti and TASS.

"I have made the decision of a military operation," Putin said in Moscow. 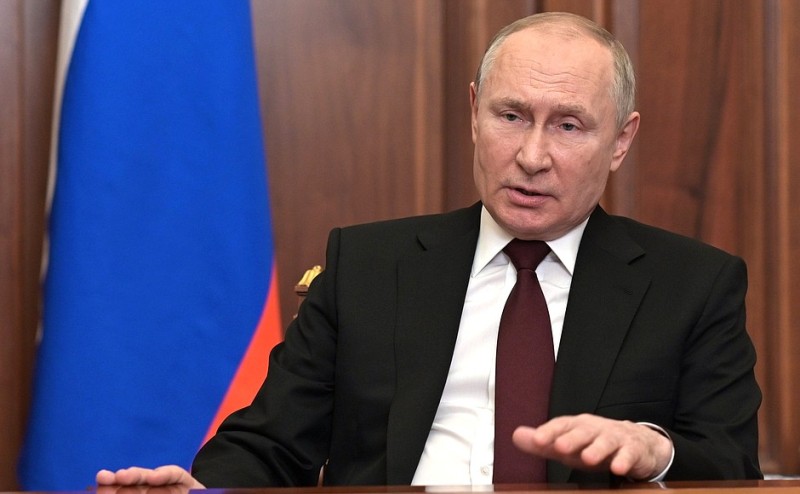 Putin warned that all responsibility for any potential bloodshed will be on the conscience of the Ukrainian government, and said he was confident Russian service members will fulfill their duty.

Sputnik report said Putin remarked that the NATO-allied war machine supporting 'Neo-Nazis' in Ukraine is moving and closely approaching Russia's borders. He emphasized that Russia, for the past 30 years, has been attempting to negotiate NATO non-expansion to the east, despite being faced with deceit and blackmail.

US President Joe Biden called the action an "unprovoked and unjustified attack by Russian military forces".

"The prayers of the entire world are with the people of Ukraine," he said.

"President Putin has chosen a premeditated war that will bring a catastrophic loss of life and human suffering," he said.

He said Russia alone is responsible "for the death and destruction this attack will bring, and the United States and its allies and partners will respond in a united and decisive way."

Russia alone is responsible for the death and destruction this attack will bring, and the United States and its Allies and partners will respond in a united and decisive way.

The world will hold Russia accountable.

He says he will be monitoring the situation from the White House and will meet with G7 leaders in the morning before announcing "further consequences" for Russia.

Biden says there will be a "strong, united response" from Nato allies that deters any aggression against its members.

Moscow had earlier massed more than 100,000 troops near its border with Ukraine and had sent the military personnel to exercises in neighbouring Belarus amid rising fears that it could invade Ukraine any moment.

The Netherlands will provide $7.5 million for Rohingya refugees and host communities Tue, Nov 29 2022

Bangladeshi expatriates in UK demand to the President to solve their issues Fri, Nov 18 2022